I was provided a copy of the Chuggington: Explorer Koko DVD to facilitate this post, opinions expressed are that of my own. 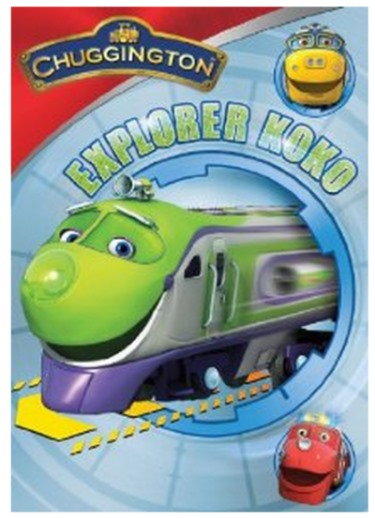 My 2 older children and I have been watching Chuggington for years now.  We really enjoy the series, so I was excited to introduce my youngest to the show with the release of the NEWEST DVD called Chuggington: Explorer Koko.

Chuggington, it is a contemporary CGI-animated TV series created for preschoolers and can be seen daily on Disney Jr.  The story line follows three young trainees, Wilson, Brewster, and Koko, as they learn to become independent trains. The show made its Season 4 debut with the first-ever primetime “Chuggington” special, “Chug Patrol: Ready to Rescue”, on Disney Junior.

, the episodes follow Koko along with her traintastic buddies, as they learn life lessons from new responsibilities, trial and error, and helping one another out.

Episodes include “Explorer Koko”,“Runaway Koko”,“Fearless Wilson”,“Koko’s Game”,“Hodge’s Secret”, and“Inspector Emery”. The DVD also has Bonus Features including a Badge Quest Episode: “Knowing Where You Are”, Character Montages: Irving and Chatswort, and Coloring and Activity Sheets. 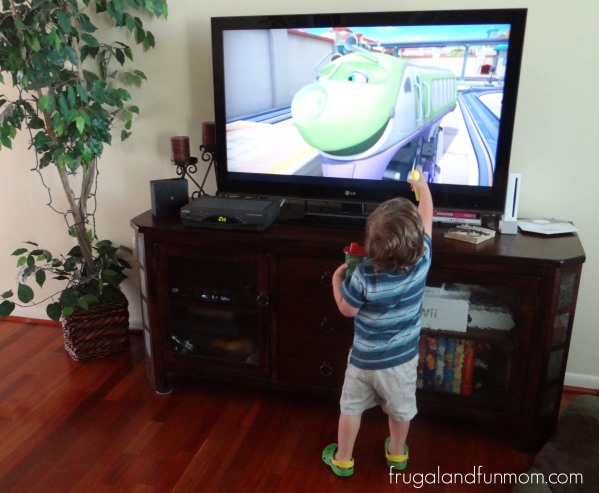 The topics touched upon in this DVD include working together as a team, problem solving, courage, and too much technology causing trouble in the real world (as referenced in the “Koko’s Game” episode).

I asked my kids why they liked this DVD and their responses were, “The Trains are growing up and taking on more responsibilities.”, and “I like how they care for their friends and help each other out.” As a Mom, I like this DVD because it is something all of my children can watch together.

Does you child (children) watch Chuggington? Who is their favorite Character?

Chuggington: Explorer Koko runs for 64 minutes and retails for $14.98. Look for the DVD online and in stores now!

Thanks to Anchor Bay Entertainment, 1 lucky Frugal and Fun Mom reader will win a copy of the DVD Chuggington: Explorer Koko!